Special Agent Travis Brown is still haunted by the murder of his sister. Travis believes that the man who was sent to prison for the crime is not the man responsible for his sister’s death, so Travis is obsessed with finding the real killer. Travis’s only hope is that one of the victims survived her ordeal at the hands of the killer and then when the FBI arrived on the scene she disappeared, this mysterious Jane Doe could give Travis the answers he is looking for, the key to finding the killer, but first Travis must find her.

Shauna Morgan is a new agent who is partnered with Travis. Shauna knows that the man who was found guilty of killing Travis’s sister is not the man who did the crime. Shauna has joined the FBI to stop living in fear and to use what happened to her in the past for the greater purpose of helping others.

When Travis and Shauna meet there is a mutual physical attraction between them. Travis may be attracted but he has a feeling that Shauna is keeping something from him.

What is Shauna’s secret?

This is a romantic suspense novel, set in Albany, New York, with a superb storyline. You do learn a lot about the two main characters early on in the story which adds to the tension and keeps the reader hooked. With some steamy love scenes and twists in the plot, all in all this book is a good read.

To buy this book from Amazon UK, click the following link: http://www.amazon.co.uk/dp/B005FZ09Q0


To buy this book from Amazon US, click the following link: http://amzn.com/B005FZ09Q0 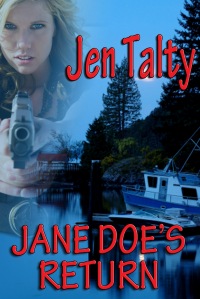