Ari Ben-Sion is a spy who has undergone a number of missions. Now feeling older and that he is been passed over missions to younger agents and sensing his last mission did not go all that well. In a last attempt to try and save his career he decides to accept a mission he would never usually even consider. The mission is to smuggle a group of Jewish children out of the Damascus ghetto. But all is not what it seems, when things start to go wrong and things do not fall into place. Then when he begins to fall for an American photographer, Ari's world is about to spin out of control putting everything at risk including his life.

One of the things I really enjoy about reviewing books is that sometimes it allows you to step away from your comfort reading zone and to be able to read books you would never usually have ever considered reading and I would have missed out on so many good reads like this one. This spy, suspense novel really surprised me. I was afraid I may find it too complicated and that it would not hold my interest, however from page one I was gripped and pulled into the intense storyline and I could not put the book down. I am left wanting to read more and to find out what happens next. This great story is been made into a major motion picture and I cannot wait to see it on the big screen. 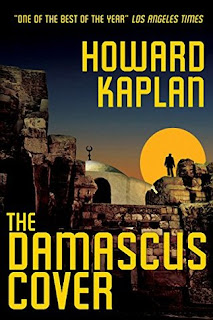 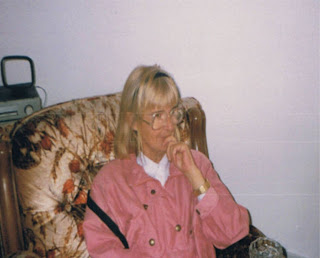 I always promised myself that one day I would write a book. After being involved in a serious car accident in the late 1980s, and finding that I could not return to work, I decided it was a golden opportunity to follow my dream of writing.
I wrote Birmingham Girls and I was pleasantly surprised how well it was received. I then settled down to write my first novel Dancing with Spirits, followed by the sequel Spirits of the Lights.
Since then I have continued writing and my latest novel Another Time, Another Place will be my eleventh book.
Introduction to Another Time, Another Place
2000
Ann leaves home to escape her strict parents but, unfortunately, finds herself in a similar situation with a controlling boyfriend who is a speaker at the local Spiritualist Church. He makes her life miserable. Can she find a way to leave him and set up a business teaching tarot cards?
Previous to Ann leaving home she had experienced a time lapse and found herself living a life as a clairvoyant in 1965. Will she discover the reason for her living this past life?
Will Ann eventually find love after her disastrous first relationship?

1965
Sue’s husband tragically dies after two weeks of married life. To earn her living, Sue works the psychic fairs as a clairvoyant. She believes in life after death and is desperate to contact her husband through a medium.
A doctor visits her for a tarot card reading but to her dismay he becomes dependent on having readings, almost on a daily basis. At times, Sue feels as if he is taking over her life.
Packed with mystery and intrigue, Another Time, Another Place will hold your interest to the very end.
Here is the link to my Amazon Page
http://www.amazon.co.uk/s/ref=nb_sb_ss_c_0_12/279-3107858-2961839?url=search-alias%3Ddigital-text&field-keywords=carol+arnall&sprefix=carol+arnall%2Caps%2C154
Twitter Link
https://twitter.com/elvaennia
Facebook Link
https://www.facebook.com/carol.arnall 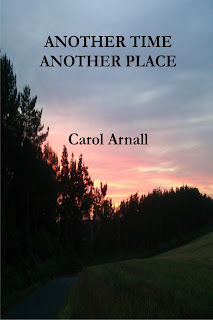 One Wish in Manhattan by Mandy Baggot

Hayley Walker is a single-parent facing the new year with no job and an uncertain future. Happy she can escape her worries for the Christmas holidays to stay with family in New York. She knows her daughter Angel has one wish and she hopes to make it come true. A chance meeting in a restaurant with billionaire business man Oliver Drummond leads to an attraction and makes her heart a flutter. Oliver feels the attraction, but will he overcome his fear of ending up broken hearted?

Author Mandy Baggot has created the perfect Christmas magical romantic story that will fill you up with Christmas spirit and joy. A true fairy tale romance with all of the wonderful sights and sounds of the New York we know and love in its winter wonder of the Christmas season. 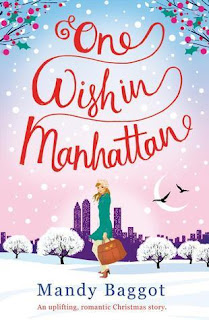