Julia’s Violinist is a remarkable moving story that covers four decades of the life of Julia. When her life is left shattered after World War II, widower Julia must fight to survive to take care of her two young children.

Thinking she has found happiness when a new man comes into her life, she settles down with him. Julia soon finds out that it is far from the happy life she shared with her first husband.

Julia’s world is once again turned upside down when her first love Michael gets in touch with her and difficult decisions will have to be made.

Will Julia find the happiness she deserves?

This is a very touching tale about love. It is about two people who deserve to be together and to be happy, forever been kept apart by life and the timing never been right. A wonderful written story and a good emotional read that keeps the reader gripped from beginning to end. 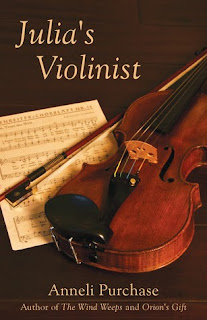 I would like to welcome, a very special guest on my blog, children's author Scarlett Foxx 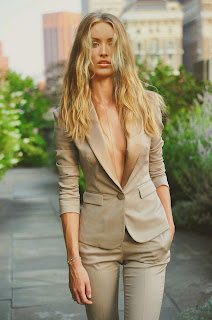 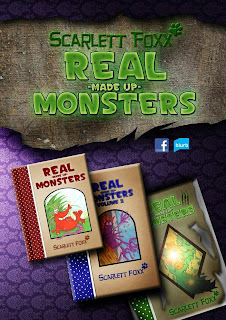 I would like to welcome, a very special guest on my blog, author Linn B. Halton

Most of my books have a psychic theme to them, although not all. Today I’m talking about my latest book, this is a three-part series (each book is a novella of around 30,000 words in length - Angels, Truth and Decisions) and it follows Ceri's journey - her love story with the sensitive and loving Alex. It’s probably the most intense psychic story I’ve written so far.

Having written a chick lit—without the fluff and tackling a couple of more serious issues within the story, I still find myself drawn towards the subject of ‘what if…’. For me there is a very real reason behind that. Because I’ve had personal experiences and am now beyond that point of ‘do I/don’t I’ believe, it IS a part of my daily life. New writers are advised to write about what they know, it flows better when you have real-life experiences to back up your story—unless you are going to the other extreme and it’s fantasy all the way, of course.


I was recently told by a medium that I could do spiritually guided writing. Now, as a believer in life after death and the ethereal world, that was a bit of a ‘whooaaa’ moment for me. I don’t think I’m ready to be a channel for the spirits to share with the world, but maybe a teeny-weeny part of me is hoping that in my endeavours to make the reader think ‘what if…’ it might start someone on their own path of discovery. I didn’t become a believer lightly – despite numerous psychic experiences; it wasn’t until my husband too began having experiences and we actually saw the same thing at the same time, that I finally accepted it.

Nikki is a psychic investigator and her father a renowned medium; I’ve shared some of my ‘heavier’ experiences with her and she’s been a great source of support. Even though I now freely admit to being a believer, I still question each and every little thing that happens. And, yes, most of those experiences will turn up in one of my books at some point in time. So stay tuned…

But let's start the very beginning... with Ceri's journey: Angels, the release party will be featured on Loveahappyending Lifestyle emag on July 6th, 2013. Pop over to http://loveahappyending.com on that day for details of how to win an angel all of your very own!

Ceri thinks she sees angels…everywhere. She struggles to keep separate what feels like two very different sides to her life. As a manager in an advertising company she’s been working with the gorgeous Alex for two years. They have a friendship based upon the image she portrays whilst she’s at work and it helps to keep her sane. One mad, crazy night spent sharing their secrets, and a lot of wine, result in them ending up in bed together. When Alex explains that the reason he doesn’t date is because someone broke his heart, how can Ceri admit that she feels a deep connection to him?

Ceri's purpose here on this plane is to correct a series of incidents that alter the course of many of the people's lives with whom she comes into contact. She’s simply putting right little errors that could ripple outwards and change the course of their destiny. But how can she prove that she really has made a difference? Is it all in her head?


She's alone for a reason; she's not meant to fall in love in her earthly life. Alex is supposed to cross paths with her and help Ceri during a phase where she begins to question the signs she’s being given. It's meant to be a turning point for them both—but in opposite directions. They are destined to travel very different paths…but Ceri doesn’t know that and neither does Alex…

This is a romance story that explores the possibility of there being something more than just the ‘here and now’. If that were the case, how would it work? What keeps us on the path determined for us, when we have free will? How would the spirit world link with us as we go about our lives? Love is a powerful emotion, but can it change the course of someone’s destiny? Ceri’s journey has begun.


And now my review of Falling

Ceri has got psychic abilities, she feels vibes, senses and as premonitions that have enabled her to step in and help people many times. However her gift has been a hindrance in her private life, leaving her unable to find love.
Ceri becomes closer to friend and kindred spirit Alex. Could he be the soul mate that she dreams of? Is there more to Ceri’s gift than she will ever know and is Alex the key to open up the truth?
This is a book that you just cannot put down. I read it in one sitting. This book is just a taster of what is to come for Ceri and with the book ending on a huge suspenseful cliff hanger, which leaves the reader desperate to get your hands on book two. If you enjoy books with a feel of the paranormal, or if you like a really good story, then this is the book for you. 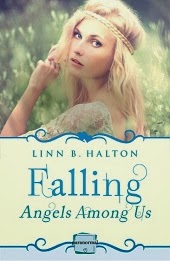 Email ThisBlogThis!Share to TwitterShare to FacebookShare to Pinterest
Labels: Linn B. Halton

I would like to welcome, a very special guest on my blog, author Karen S. Bell 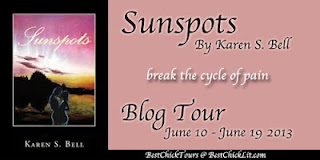 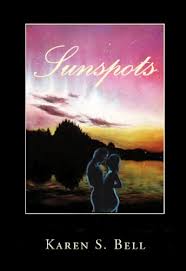 Sunspots follows the healing journey of a young woman thrown into the horror of losing a spouse. It is a love story of loss and redemption and the ghosts that haunt our lives and our houses. Skirting the genres of magical realism and romance, Sunspots, explores the existence of the afterlife and the paranormal. The story takes the reader on a path of high emotion as the narrator, Aurora, uncovers her husband Jake’s secret life and her own internal conflicts as she matures to self-awareness. The novel’s tone vacillates from irreverent humor to solemnity as Aurora relates her previous life with Jake and her present challenges. The title refers to the solar maximum which became the backdrop for Aurora’s conception when her hippy parents went to Canada to observe the Aurora Borealis. In name and in spirit, Aurora is connected to the observable and unobservable energy around us. With the help of friends, family, and the ghost of Viola Parker (her home’s original owner), Aurora accepts her fate and the secrets revealed about Jake’s true character. She realizes that in this life she will finally break the cycle of pain caused by her love for this man, Jake Stein, through the centuries. 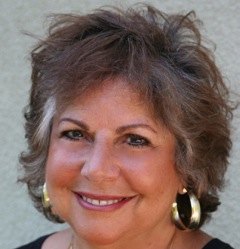 Author Bio: Walking with Elephants was my debut novel in 2010, although I am not new to writing. I was a theater critic and celebrity interviewer for a weekly tabloid in Jacksonville, Fl and I earned a Master’s in Mass Communication from Oklahoma State University. For 15 years I worked in Corporate America as a technical editor/editor/writer. I experienced first hand the politics and intrigue that goes with that territory and the balancing act that comes with being a working mother. I salute all those mothers who are the glue that holds their families together while pursuing the nine to five brass ring. That experience was the inspiration for Walking with Elephants. With my second novel, Sunspots, I continue to be in awe of the magical and wondrous phenomenon called life. As an observer and obvious participant in feminine values and approach to our human challenges, I bring this perspective to my work. Fascinated by the mysteries of the unseen forces that perhaps play a role in guiding our choices, I search for answers in the mundane as well as in the cosmic forces that surround us. I am working on my third novel and live in Ponte Vedra, Fl. with my husband and our two furry kids.

And now my review of Sunspots

After the tragic events, of losing her husband Jake, Aurora cannot come to terms with his death and the story drifts back and forth to tell us a touching tale, as she remembers memories of her life in the past and in the present day she is learning that the life she had with her husband, may not have been as perfect as she thought.

When she moves into a new home and she feels the spirit of an elderly lady, who Aurora feels is guiding her. Will this be the key that will reveal the truth for Aurora?

This is a unique and original story, that I really enjoyed reading. The story drifts from past to present and the way it is written is done so remarkable well that the reader never gets confused. There is also a touch of the paranormal to the story which I loved, but you don’t have to be a fan of the paranormal to love this book because it is only a small part to this great story that fits into the story well. This also one of those great stories that you cannot predict what will happen next.
Posted by Nikki at 18:31 2 comments: