All in the Mind by Jenny Twist


When Tilly Thompson wakes up in a strange bed and a strange room, she soon learns that she has been part of an experiment for Alzheimer’s disease.  After she had been suffering from the disease her husband of over fifty years, Johnny had been taking care of her, but when he himself becomes ill after having a stroke. They both end up in hospital were Tilly is awoken by them taking her back in time to the 1940’s by staff dressing in the clothes and the building been set up like it is from this era.

Tilly can remember up to the point before she gets Alzheimer’s and she makes a full recovery. Tilly wonders if the experiment can help Johnny recover from his stroke. So an experiment is set up to place them  back in the cottage they lived in when they were first married and it is fitted and furnished with everything that they would have had in the 1940’s, taking them back to their younger days in more ways than one.

This is just one of those amazing reads. I just could not put this thoroughly well written story down and I ended up reading this book in one sitting. It is just a wonderful and original storyline, with interesting and likeable characters. This is a book really worth reading and if I could give it a higher score than five I would. I very much look forward to reading more books by author Jenny Twist.

Jenny Twist left school at fifteen and went to work in an asbestos factory. After working in various jobs, including bacon-packer and an escapologist assistant, she returned to full-time education and did a BA in history at Manchester and post-graduate studies at Oxford. In 2001 she and her husband moved to Southern Spain where they live with their rather eccentric dog and cat. 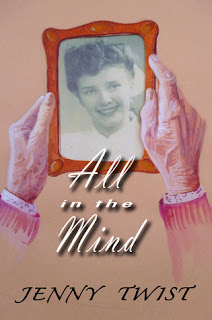 The Bow Wow Club by Nicola May


Ruby Stevens had been happily married to George for five years when tragedy had struck leaving her a widow. Fifteen months later and after been mugged, Michael comes to her aid and is really kind to her so they begin a relationship. But when Michael feels that it may be too soon for Ruby to be in a relationship he backs away, knowing that she is still grieving, he decides to give her time in the hope that she will realise that she has feelings for Michael and that she will come back to him.

But when Ruby spots a guy who looks just like her deceased husband, she cannot help but feel attracted to him and she arranges to go out with him. Has Michael lost his chance at love?

The Bow Wow Club is a club that Ruby volunteers at. Bow Wow short for boyfriend of widows, wives of widowers.  The aim of the club is to help people who are dating the bereaved. Learning and sharing experiences about what it is like and the problems that can come up after your partner as lost somebody close to them.

This is the sequel to the brilliant Nicola may book, Working it out. This is a love story, all about moving on. The story is told with good humour and warm wit that keep this book an entertaining and lively read from beginning to end.   Another great read from author Nicola May.

To buy this book from Amazon UK click here http://www.amazon.co.uk/dp/B00CR1DY9E

To buy this book from Amazon US click here http://amzn.com/B00CR1DY9E 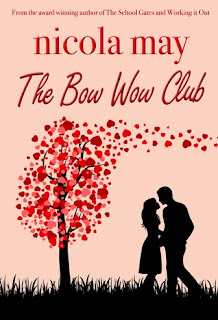 Email ThisBlogThis!Share to TwitterShare to FacebookShare to Pinterest
Labels: Nicola May


This is a story about  four  women, Janet, Estelle, Kate and Reenie, each from different backgrounds and are complete different personalities and with nothing in common apart from just one little thing. None of them have ever experienced an orgasm.

So they decide to attend a workshop, a goddess workshop and here our ladies meet for the first time. At first they do not get on but after they each share personal things in class they connect and become friends, much to each of their surprise.

Each of the characters has something to overcome in their lives before they can embrace and become in tune with their inner goddess and reinvent themselves into the women they want to be.

This is a great story that at times had me laughing out loud it really is a good comedy read. The workshop scenes are no place if you are a little prudish and are a little cheeky at times. But also there is a serious side to the book as one of the characters is dealing with a family tragedy and there are serious issues in the other women’s lives too that are going on too.

I really enjoyed this book. I thought it was a good fun read and I will look forward to reading some more books by the same author.

To buy this book from Amazon UK click here http://www.amazon.co.uk/dp/B00BO9CM0M

To buy this book from Amazon US click here http://amzn.com/B00BO9CM0M


Life on the Home Front in Wartime Britain

A colourful and very knowledgeable book that is packed full of well researched and interesting information all about what life was like for normal families during the war. Topics covered are Air Raids, Gasmasks, The Black out, Food Rationing and Ration books, Food Clothing and much, much more. The authors of this book Mike Brown and Carol Harris leave no stone unturned as this book really does cover each topic very thoroughly and I learnt so much from reading this book.

We learn about handy hints given to the public from magazines and the government also money saving tips about how normal life was affected by War. The book includes some wonderful illustrations, posters and photos that make this book an amazing educational read that I really enjoyed one of the best social history books I have ever read. 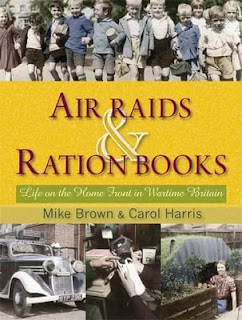 
The last thing Reece Michaels expects days before her wedding is for her ex-husband Mason Hicks to turn up. They had married young and their marriage had been short only lasting one year, and for the past ten years Reece had been trying to put the past behind her and just as she has finally moved on and was days away from marrying fiancé Dylan, her past returns  to her present.

However, when Dylan learns of Mason’s arrival he chooses to cancel the wedding.  Telling Reese to speak with Mason and to figure out what it is she wants and to give Mason a chance to explain what his reasons are for turning up after all this time.

Why would Mason show up now after all this time? What could he possibly want or need?

This is another of the Mills & Boon Modern Tempted series and it is a great story. What I liked about this book is that this story is linked to the first book I read in the series ‘Girl Least Likely to Marry’ by storylines and characters.  This is a book you will not be able to put down and it is filled with love, romance and well written love scenes. These pocket sized books can easily be read in one sitting and make a nice collection for any fans of Mills & Boon and romance novels. I really liked Reece and Mason’s story this series of books is sensational. I can’t wait to read another one.

To buy this book from Amazon UK click here

To buy this book from Amazon US click here 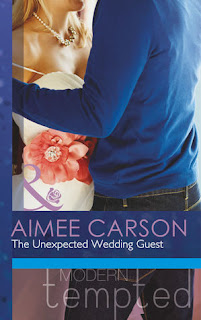