I am excited to bring something new to the blog. I would like to introduce you to new talent, up and coming brand new writers, who I think have the potential to become great authors and write books that you and I will really enjoy.

The very first newbie I would like to introduce you to, is the lovely Gina Kirkham, you can read my review of Gina’s fabulous book Handcuffs, Truncheons and a Primark Thong (Great title) after I now hand you over to the lady herself to tell you all about herself and her wonderful, funny book.

I am a Mum, Daughter, Sister, an ex-Wife and now a Current Wife, and a very proud Nanny.   When I married for the second time I was hoping for a title, something along the lines of Dame, Lady or even a Ma’am but fate dished it out a bit lower than that and I am now cheerfully known as Mrs. Kirkham the Third.  My Husband John really does like Wedding cake!

I was born sometime in the not so swinging 50′s and by the time I had reached my first birthday, my Mum had already left me in my pram outside Woolworths on two separate occasions.  I went to Sunday School minus my knickers, a fact that only became evident by the sheer shock of the cold mahogany seat when I sat on the pew, dressed my dog Kansas in a bonnet and took him for walks in my dolls pram and was once sick all over baby Jesus at the School Nativity Play.

I ballet danced, tap danced and sang dreadfully, adored art, learnt how to darn socks and fell in love with ALL four of  The Beatles.  I bought Puppy Love by Donny Osmond from Woolworths, and this time remembered to take myself home just in case Mum forgot again.  I saved up and bought Alice Cooper’s ‘Schools Out’ as an act of rebellion and being grown up, but my Mum confiscated it, stuck it behind the tea caddy on the kitchen window and by the time I found it, it had melted and warped in the sun.  I cried at my loss and suddenly didn’t feel so rebellious or grown up anymore………

But grow up I did.    I followed the path of marriage, motherhood and divorce and then the next chapter of my life began.

Sometime during October 1988, whilst wearing a pair of dayglow pink legwarmers, kicking leaves and pushing a tricycle, actually it wasn’t any ordinary tricycle, it had a bin on the back for found treasures for my daughter, I suddenly decided that I wanted to follow a lifelong ambition to join the Police. Just like that, an epiphany, a marvellously wonderful, exciting idea.

I had a passion, an idealistic idea to give something back, to make a difference.

My chosen career was to take me on a long journey of self-discovery. There were times of tears and heartbreak, fear and trepidation, anger and frustration but above all there was always laughter.  I had the honour and privilege throughout those years of working with and being the proud work-mate of so many courageous, brave and dedicated colleagues.

Upon my retirement after having sadly said goodbye to what had been a huge part of my life, I suddenly had another wonderful epiphany – this time it was to put pen to paper (or fingers to iPad) to write a book.

I needed an alter-ego for my adventures and lying in bed one night staring at the ceiling and contemplating life as I knew it, MAVIS UPTON was born.

MAVIS is a delightful, crisp loving (any flavour), big knicker hating, thirty something blonde with a big heart, who one day whilst wearing Dayglow Pink leg warmers, had a wonderful epiphany to join the Police………..does this sound a little bit familiar?

For Mavis, as it was for me, it was not always plain sailing.

HANDCUFFS, TRUNCHEON and A PRIMARK THONG is a humorous and sometimes poignant look at the life, loves and career of an every day girl who followed a dream.
It starts with her early life and what has shaped her to become the woman she is today and follows her through her journey to join the police, the training and subsequent posting to a busy Division, the characters she meets on the way and the incidents that she has to deal with.

The book predominantly shows the humorous side of her developing years, her career and her personal life.  There are moments of poignancy and sadness but her penchant for Primark knickers, Coral Blush lipstick and her stoic nature sees her through all that life can throw at her.   It is set in a time when women were actively coming to the forefront in British policing.

I wanted the reader to get to know and like Mavis and maybe see her as someone they would chose as a fun friend to have.  I have hopefully given her a gentle, funny, if somewhat tongue in cheek 'voice'.  It was also important that it was a light, enjoyable read, a book you could pick up, put down and still feel part of it when picking it up again.

I would love to be represented and traditionally published, but I am only too aware of what a challenging road I am taking.   There is such a huge wealth of exceptionally talented Authors vying for the attentions of Agents and Publishers that I am trying very hard to not let excitement get the better of me and to have realistic expectations....which will probably include my first of several letters of rejection!

When they say that writing the book is the easy bit - they're not far wrong.

My first Query letters were submitted last week to a selection of Literary Agents who work with this genre of book.  So it's a case of wait, hope, check my emails sixty times a day and try not to frighten the postman every time I snatch the mail through the letterbox from the other side of the front door in the morning.

My dream would be to see my book on the shelves of Waterstones, or my local Tesco in Bromborough or even better, W H Smith at Liverpool airport on the way to my holidays - now THAT would really mean I'd arrived..! 😊 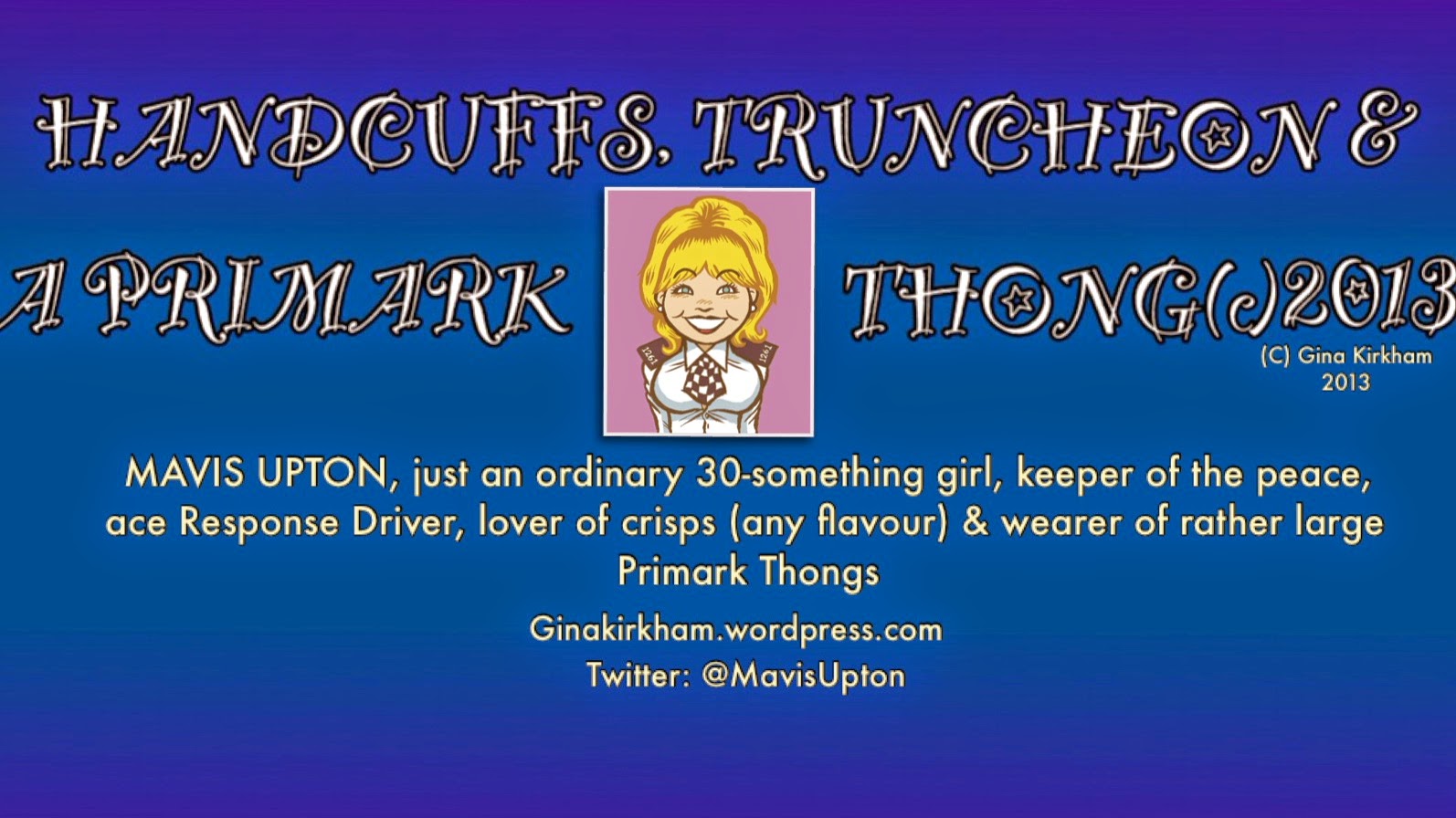 And now my review:

Constable 1261 Mavis Upton takes us back through her Police career to share hilarious highlights from her career, from starting as a trainee, to her probation, through to been a Police officer. Mavis may be a fictional character but some of the stories are based on true life events.

The stories will have you laughing out loud and are hugely entertaining.  There are lots of mishaps and calamities and it does go to show there is nothing as Queer as Folk! This is a book that oozes charisma and character.

There are many laughs but the more serious side of policing are touched upon too, and Mavis personal loss in her private life that will touch your heart, and have you reaching for the tissues. This is one of those books you will not be able to put down a very interesting, and enjoyable read.

Gina is currently looking for an agent to represent her and to help get this fabulous book published. I would like to wish Gina lots of good luck in doing this, and if you are interesting in representing Gina and her work please get in touch.

Nightingales on Call by Donna Douglas


It’s 1937 and the student nurses are into their last three months of training. But how will Dora feel when she is paired up with her old enemy Lucy? The pair had never got along, but with them both facing problems in their personal life could this bring forth a change in their respect for one another?

Jess Jago comes from a rough family background, and she cannot believe her luck when she lands a live-in job at the Nightingale, working as a maid. She is keen to do well, and be free of her family’s bad reputation, but when things start to go missing and Jess is put in the frame, an unlikely source steps in to help.

Effie O’Hara is happy following in her sister’s footsteps when she leaves her home in Ireland to become a student nurse at the Nightingale. But she soon finds herself in trouble, much to her sister’s disappointment. Is nursing what she wants to do? She must make the decision before the decision is taken from her.

I always look forward to reading these delightful books from Donna Douglas, the characters are now so real to me as I have got to know them over the last three books. It was nice to see some brand new characters introduced in this book too. They were instantly likeable, and their strong storylines in the book had me drawn in with the drama, and intense circumstances they find themselves in. I do hope we will be here again soon from the Nightingale nurses, I can’t wait to see what happens next to all these wonderful characters. 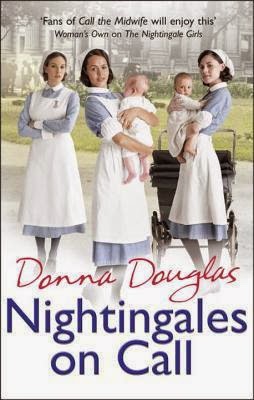 
Take two leading ladies, Dawn Ellis who finds escape from her dreary life by attending a creative writing class, and working on her first novel, and Cinnamon Knight, now here is where it gets interesting. Cinnamon is the leading character in Dawn’s book; she is Dawn’s alter ego. She is all that Dawn wishes to be. Cinnamon is strong and bold and is a cross between an avenging superhero and a scorned woman and she is out for revenge.

Can Cinnamon help Dawn Spice up her Life?

It’s another cracker of a comedy from Carol. This book is written with the warm wit and humour all of Carol’s fans have come to know and love. The characters are highly entertaining and from the hilarious opening scenes in this book you will be laughing and smiling all the way through reading this book. 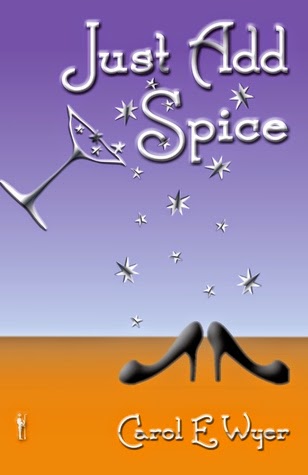 The Death Game by Chris Longmuir


This is a historical crime novel which is set in 1919 and it tells the story of Dundee’s first female police officer Kirsty Campbell.

Kirsty is already a serving police officer in London, but when she is transferred to Dundee her home town that she left a decade ago, she must convince her male colleagues that she is just as capable of doing the job as they are, and that letting woman into the police force is the future, but in her personal life Kirsty must confront her past.

When she finds herself involved in an investigation when young girls start disappearing Kirsty must work hard to help solve the case to gain the respect of her male colleagues and to get them to recognise that there is a place for women in the police force.

This is another superb read, by author Chris Longmuir. With its excellently written storyline that will keep you in suspense, and what I liked about this book was that I could not solve the mystery and I had no idea what the conclusion of the story would be. I am pleased to hear that there will be more novels featuring Kirsty Campbell and I will really look forward to reading these. 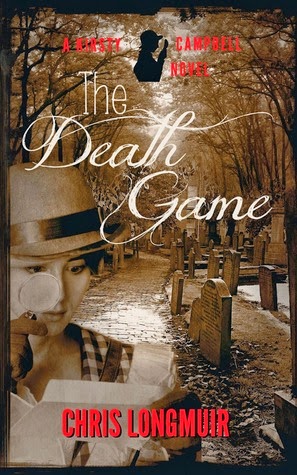