Temple of Dreams by Carolyn Mathews

Sebastian feels drawn to enrol at a college of natural medicine, which has a sanctuary modelled on an ancient Greek healing centre. Once he spends time in the temple he has strange and mysterious dreams of Apollos, a young Athenian. Seb is able to see, feel and experience these dreams as if he is really there. In order to help him understand his dreams his college lecturer Sybil is at hand to help him decipher what the dreams could mean. Meanwhile his friends try to help unlock the mysteries occurring in his present life.

I found this book really fast-paced and engaging from the start. I really wanted to see how the character and storyline developed over the pages. There is a spiritual side to this story as well as adventure, mystery and romance. I have enjoyed reading all of Carolyn Mathews books and I highly recommend them all. 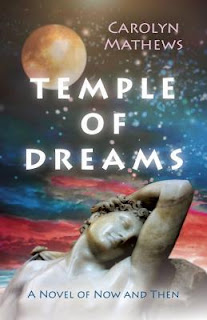 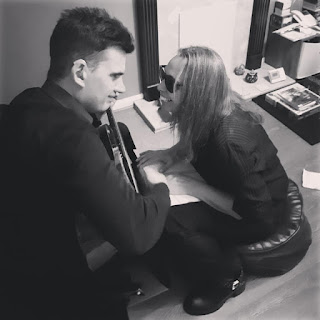 Nikki Bywater's career in media began as a model and support artist, which lead to small acting roles in film and television. It was through her work in television she was given the opportunity to write. Nikki in her role as a book and script publicist is well-known for giving her time generously to new writers, many of them going on to be published and best-selling authors.

When not daydreaming and storyboarding ideas in Paris, Nikki lives in Cheshire with her husband Andrew and their two grown-up children. 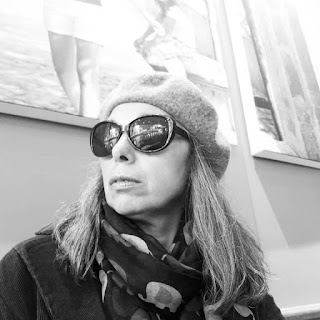 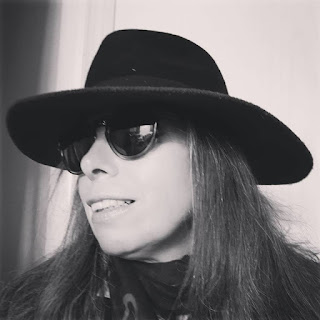 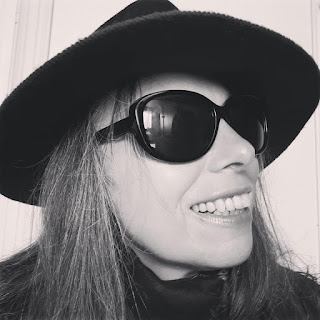 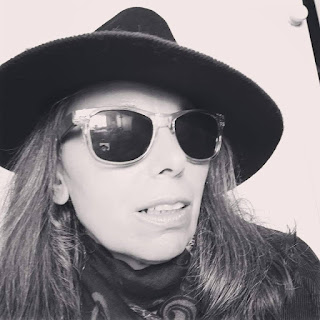 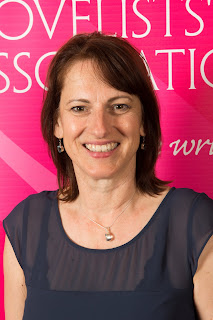 I live in Somerset with my family and dog and am a member of the Romantic Novelists’ Association. My short stories have appeared in Stories For Homes, the Shelter Anthology of Short Stories and In these Tangles, Beauty Lies, an anthology in aid of the Beanstalk Trust for children with reading difficulties. My debut novel The Giants Look Down made me a finalist for the Joan Hessayon Award.
About My Books
Aspiring writers are often given the advice to write about what they know, but I do the opposite. One of my short stories is about an Aborgine in Australia, although I’ve only ever been in transit at Brisbane airport for forty minutes. I’ve never set foot in Kashmir, but I’ve based my novel The Giants Look Down there.
What a cheek you may say! But writers go where their imaginations take them and once mine had been ignited - by a report on the car radio of the Great Earthquake of 2005- I couldn’t put the spirit back in the bottle. I discovered that the Vale of Kashmir is breathtakingly beautiful. Some of the highest mountains in the world cradle a valley lush in sycamore woods and fields of saffron interspersed with a necklace of lakes. A spectacular place to set a story, it also boasts a rich history of maharajas, princes and princesses. But this paradise has been spoilt by strife since the mostly Muslim Vale of Kashmir chose to become part of its Hindu neighbour, India. Two wars have been fought over it and India and Pakistan still stand their ground on a glacier at the highest battlefield of the world, where avalanches claim more lives than armed conflict. 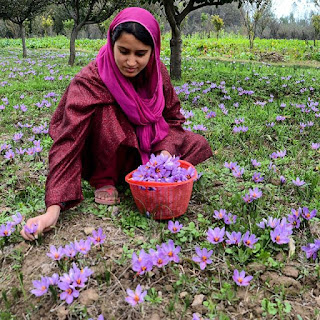 There must be a story in there somewhere, I thought! What would happen if a 10-year-old Hindu girl called Jaya decided to become a doctor much to the chagrin of her mother and the patriarchal society of 1960s Kashmir? My aim was solely to entertain and amuse the reader. I did not want to take sides yet at the same time I tried to depict the situation as sensitively and genuinely as possible and drawing attention to the plight of Kashmiris could surely not be a bad thing in itself, I thought.
I wanted to show Jaya growing up and negotiating the rapids of love when she falls for the son of the family she later stays with in Scotland. Does she have to choose between dashing Alastair, a student of architecture and lover of jazz music, and her dream of becoming a doctor and returning to Kashmir to build a clinic far up in the mountains? Well, you’ll just have to read the book to find out!
Going to Kashmir, if only in my mind, albeit with the help of online resources, picture books and interviews with Indians, has been a wonderful journey that started in my car. My next novel Black Snake takes place in the Canadian Wilds. You’ve guessed it – I’ve never been there either.
Links
Website: www.sonja-price.com
Twitter: @PriceSonja
Facebook: Sonja Price Author
You can find The Giants Look Down as a paperback or e-book on:
AMAZON UK: https://www.amazon.co.uk/Giants-Look-Down-Sonja-Price/dp/0719819954 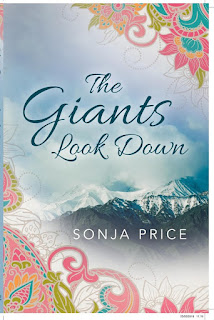 The Truth About Love and Dogs by Lilly Bartlett

Scarlett in her working role as a dog behaviourist is an expert at sorting dogs and at times their owners out with a whole range of issues, but when it comes to a serious issue that occurs in her own life, and it puts her relationships with both her husband and best friend at risk. Scarlett struggles to find a way through the behaviour of those closest to her.

Although this book is very entertaining and humorous, it does have a more serious and deeply emotional side to the story, that is deeply touching. I really have enjoyed reading all the books by this author for those reasons. I also like that with the fast pace of the storyline you cannot help but read the book in one sitting, which made my train journey pass so much more quickly. 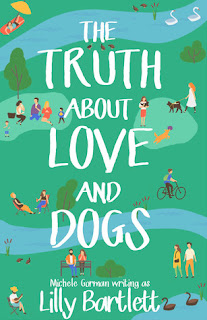 A Greek Affair by Linn B. Halton

After a disastrous and devastating relationship ends leaving Leah heartbroken and broke, she decides to dedicate all her time and energy into raising her young daughter, Rosie. Leah also finds that blogging brings her a rewarding past-time that helps take her mind away from the day to day stresses and as a travel blogger, Leah has the chance to go explore and escape from life.

After a chance meeting Leah begins to feel she is ready to open her heart more and when she meets Daniel she feels a flutter. However Daniel is facing his own heartbreak.

A very sentimental and moving romance story with the backdrop of Athens setting the scene. Being a Yorkshire lass, I like the connection to York in the book too and also I do hope there will be a sequel to this story. I enjoyed it so much. 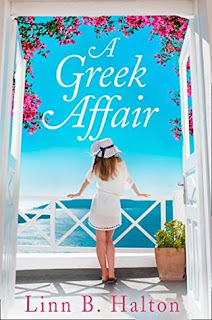