More than Friends (The Warriors) by Laura Taylor


Brett Upton is a Naval Intelligence Officer; he had worked on convert military ops, all over the world. His work involves fighting and capturing dangerous terrorists. Due to the nature of his job this would put his family and people close to him in danger.

Six years ago Brett had put his career ahead of his relationship with Leah Holbrook. Walking away from their relationship, and leaving Leah thinking that he had not loved her enough to marry her.  Now Brett has had to re-enter her life in order to protect her from the terrorists that have tracked her down and know of her connection to Brett. When her life is put at risk and in a kidnap attempt, Leah is hurt and loses her memory. Brett feels responsible and feels he must stay and protect her until the terrorists are brought to justice. Leah finds herself attracted to Brett and as no memory now of their past together. What will happen when she learns the truth about the man who is helping and protecting her from harm? And that they were more than Friends?

Another superb romance novel from Laura Taylor, with an excellent storyline that is much, much more than boy meets girl. I really liked that the characters already had a past together and that you could not predict the outcome of the story. I just could not stop reading this book. You can count on Laura Taylor to give an entertaining and romantic read of the highest standard.

To buy this book from Amazon UK click here http://www.amazon.co.uk/dp/B0099Q1SH0


Eloise Elliot is a successful, intelligent and independent woman. She has worked hard in her career and is now the youngest senior editor at the Daily Post newspaper. She has reached the very top in her career. However on her thirtieth birthday Eloise realises just how alone she really is, no friends, no significant other. Office colleagues who do not want to spend time with her and an extended family she hardly ever sees. Eloise had become a workaholic, married to her job with no social life. Feeling things have to change; she decides to take action and to fix her life.

Move forward to three years later and Eloise is now the mother of a beautiful and bright daughter called Lily. Eloise is now still a workaholic who is juggling the demands of work, with being a single mother and if her life is not hectic enough, it is about to become a lot more complicated when Lily starts to ask who her Daddy is.

Eloise decides to look for Lily’s father, but what will happen when she finds that he is not what or whom she thought he was, and that he has a dark past?

Chick Lit is just harmless fun really isn’t it? I love it!!! This is a really brilliant and fun read and fans of chick lit will adore it for it is very entertaining and enjoyable, very well written, wonderful storyline, there is never a dull moment in this book. I would really recommend it and if I could give it more than five stars I would. I will look forward to reading more books by Claudia Carroll.

Claudia Carroll was born in Dublin, where she still lives, and has worked extensively as a theatre and television actress. Her first novel He Loves me Not, He Loves Me, written in various dressing rooms, was published in 2004 to critical acclaim and became an instant bestseller. Five further novels followed (during which time Claudia stopped acting to write full time), and in 2010 Personally, I blame my Fairy Godmother hit the Sunday Times Top 20 bestseller list. It has sold over 95,000 copies to date. Will you Still Love me Tomorrow was published in 2011 and was a top ten bestseller.

For more information about the author click here http://claudia-carroll.com/

To buy this book from Amazon UK click here http://www.amazon.co.uk/dp/B007QOW1XC

To buy this book from Amazon US click here http://amzn.com/B007QOW1XC 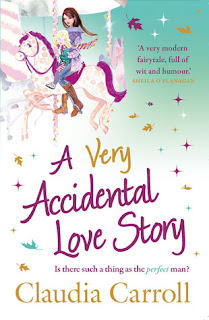 
Annie is a sixteen year old Norwegian teenager, who moved to England four years ago. She had not settled well in her English school, her classmates had not made her feel welcome, nicknaming her ‘Viking’ and she does not feel like she fits in or belongs and wants to return to Norway.  Annie has become isolated and a loner, only connecting with the poetry written in World War I by a soldier who tragically lost his life in the war aged 19, she also goes to visit a World War I veteran in a nursing home.

When a boy from Annie’s class commits suicide, Annie is shocked and even though she did not like the boy after talking to Grant’s friend Lee they become convinced there is more to Grant’s death than is known. Together they look for the evidence to put the pieces together to find out the truth behind Grant’s death.

This is a very moving and emotional story that is beautifully written. The issues raised in this story are written in a sensitive and realistic way.  This is a YA book and the content of the story is only suitable for older teenagers and adults. Although aimed at the YA reader, adults too would find this a remarkable read, I did.

Carol Hedges is a British author of books for teenagers and young adults. Her writing has received much critical acclaim. She has one grown up daughter, and lives in Hertfordshire.

To buy this book from Amazon UK click here http://www.amazon.co.uk/dp/B008SB9TB4

To buy this book from Amazon US click here http://amzn.com/B008SB9TB4 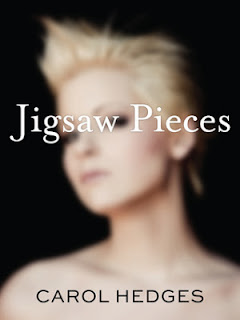 
Sadie Asquith is a freelance journalist, who has always had a strong interest in the witchcraft trials, so she decides to research and write a book all about the 16th Century witchcraft trials. Sadie is from and lives in Essex, so she is surprised to find that the number of people put to their death, or cruelly treated on account of suspicion that they were witches in Essex, is really high, and worth writing a book on.

During her research Sadie experiences strange events and happenings that she cannot explain.  The more involved she gets into her research and the more closer to the truth, it seems to be bringing her closer to a connection between herself and those brutally killed centuries ago. Sadie much search for the truth to find peace not only for the lost souls to witchcraft but for her own piece of mind.

This is a really interesting and a great storyline. Looking at the cover of the book you may be mistaken in thinking this could be a really dark horror story, and a really scary read about witches and ghosts, when in actual fact it is far gentler than that, it is more of a chilling, mystery, suspense, paranormal story. The clues are there in the story and the reader is almost teased in a way of what is to come in the story, that makes you unable to put the book down and it is a real page turner. The historical facts are well researched and accurate and the way the story is written you do really empathise with those that perished and who were so cruelly treated, and the prejudice against them, for the silliest of things when they were accused of witchcraft. The story builds up to a dramatic conclusion as is one to add to your to read pile.

Syd Moore is the author of The Drowning Pool, a novel inspired by the legend of a 19th Century Essex woman – the sea Witch Sarah Moore, Syd is co-creator of Super Strumps www.superstrumps.com, the game that reclaims female stereotypes through the medium of Top Trumps, and was founding editor of Level 4, an arts and culture magazine based in South Essex. She has worked extensively in publishing and the book trade, and presented three series’ of Channel 4’s late night book programme, Pulp. Syd lives in Essex.

To buy this book from Amazon US click here http://amzn.com/B007WOC3L6 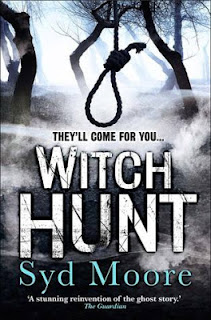 The Pin-up in World War II by Mike Brown


This is a well-researched book all about the history of the pin-up. The pin-up usually a photograph or illustration of a semi-nude or nude model, that became popular especially during World War II. The book contains a collection of pin-up pictures accompanied by many interesting and historical pin-up facts. We learn who the first pin-up was and which ones were the most popular during the second world war.  We learn also about the artists behind the pictures and the fashion, the style and the pose of the pictures. The book covers a good nostalgic look back of the pin-up.

Mike Brown was Head of History in a London school. In the absence of a book about the Home Front for his pupils, he decided to write one himself. In so doing he became something of an authority on the Home Front and has to date written many books on the subject, several in conjunction with his wife Carol Harris. They live in South-east London with their sons William and Ralph (when they come back from university to be fed). Mike retired from teaching in July 2010 and now works full-time writing, giving talks and doing research.