See You At The Show - Michelle Betham

Stevie Stone is a rock chick; she is a beautiful woman who works as a roadie for a well known rock band called Black Rock Diamond. Stevie spends her time travelling the world with the band. This is a job which she loves and she is close to the band. They are like family and she is in an on/off relationship with the bands lead singer Mark Cassidy.

Daniel Madison’s world is a complete different one to Stevie’s, married to doting wife Samantha and a successful business man turned politician. Daniel as worked hard to get to where he is and one day he dreams of becoming Prime Minister.

But what happens when two completely different worlds collide?

This is a fabulous novel by Michelle Betham. It is just a really great story and you just can not predict what is going to happen next. With a good strong cast of interesting characters, some sizzling steamy scenes. I was hooked from page one and just did not want to stop reading. What is so great about Michelle Betham’s leading lady Stevie is that she has a dangerous edge, a dark side but I just could not help but like her.  If you are looking for a racy, passionate dramatic read. Then this is the book for you.

To buy this from Amazon UK, click the following link:  http://www.amazon.co.uk/dp/B005KLVNWS

To buy this from Amazon US, click the following link: http://amzn.com/B005KLVNWS 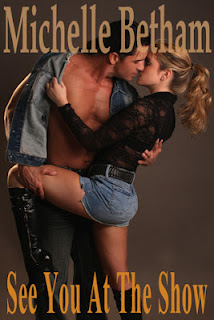