This is the autobiography of one of Britain’s well known actors Robert Lindsay. In his book Robert takes us through his career from playing the well known characters on television, like Wolfie in the sitcom Citizen Smith and Michael Murray in the Alan Bleasdale’s powerful drama GBH, in which Robert won a BAFTA for Best Actor. Robert has also had a successful stage and film career and won a Fred Astaire Award and a Tony Award as Best Actor in a musical for Me and My Girl in London and New York.  Robert has played the part of Ben Harper for the past ten years in the successful BBC sitcom My Family.

This is an interesting insight into Robert’s career. You do not learn too much about Robert’s personal life but with such an outstanding career on stage and screen the book is full of fascinating stories behind the scenes of his work that are very entertaining. If you are a fan of Robert Lindsay or just interested in people then this is a great book to read. 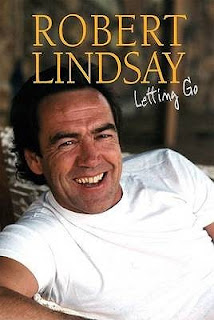